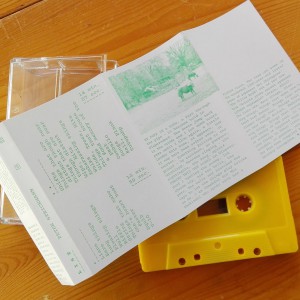 Contains seven lists/poems out of Sei Shōnagons 1000-year-old „The Pillow Book“, a finnish voice of Mia Kankimäki and recordings of lianaswinging, frogsong, cemballomistaps and airpump-improv. Collected in course of a one-month residency at Künstlerhaus Schloss Wiepersdorf in the lonesome midst of south-west Brandenburg, Germany, April 2016. 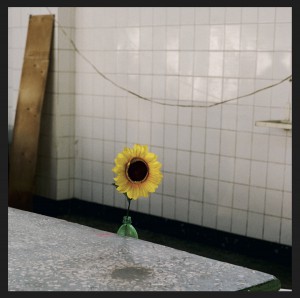 Ansgar Wilken is a skilled kitchen sink avantgardist who‘s not only playing the cello or the fiddle but is also utilising his cutlery and dishes to make you feel at home in his unique and colourful universe of sound. A plethora of sonic adventures awaits the avid listener, musical surprises catch the ear, voices high and low are calling – there‘s even a hamster‘s cage rattling! Playfully produced, „Thank You“ keeps giving with every new listen. Think of Moondog thumbing Michael Francis Duch‘s nose and you‘re close
Originaly published 2014 as Cassette on Spam.
10″ released in an edition of 300. 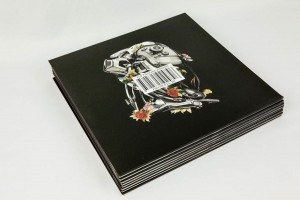 Datashock from Saarlouis, a collective of multi-instrumentalists. Founded in 2003, they’ve been losing themselves in the wardrobes of their subconcious ever since and have never been frightened to play around with whatever they can find in there, trying out colourful sound-costumes and sending out psychedelic-experimental sounds, with a huge discography counting more than 30 between albums, eps and miscellaneous.
Their latest work “Keine Oase in Sicht” released on Dekorder in May2014 has collected some great feedbacks from the like of The The Wire: Adventures In Modern Music, Pitchfork and more.

With “HD Trailer EP” they find in Gang Of Ducks a new sympathetic home where going ahead with their unique psychedelic sound.
The cosmic caravan takes its journey in 4 different original tracks, exploring the psycho acoustic sound with echoes of far and never existed worlds together with an irreverent vision of our world today, with its new mania and obsessions. 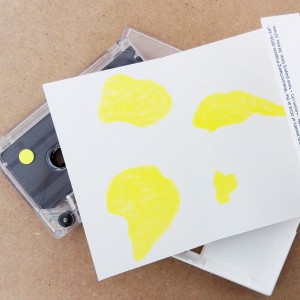 A loose jumble of recorded workshop-fun and -focus. Collected during the 6 warm months of my artist-residency at Braunschweig Projects 2015-16 in Braunschweig, Germany.

Some played out uncontrol. Some fluids, some concretes, some membranes in motion and resistance [...] Some happened – on the floor, in the tubes, around the block. A Sum of all the Häppchen.