We are distributing the new Peter Strickmann – An Interview with Cu Rua – 10″ Vinyl / Digital!
Get it via our Meudiademorte Bandcamp! 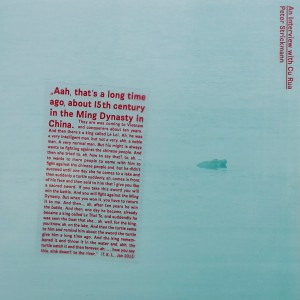 10“ Vinyl. Comes with 2-colour offset-printed cover and
sleeve with linernotes.  Limited to 300 copies.
Digital version includes a PDF of the layout & linernotes!

Released: july 14th 2016 on SSEA Society for a Sonic Enrichment of the Air and ismellpainter.
SSEA1601 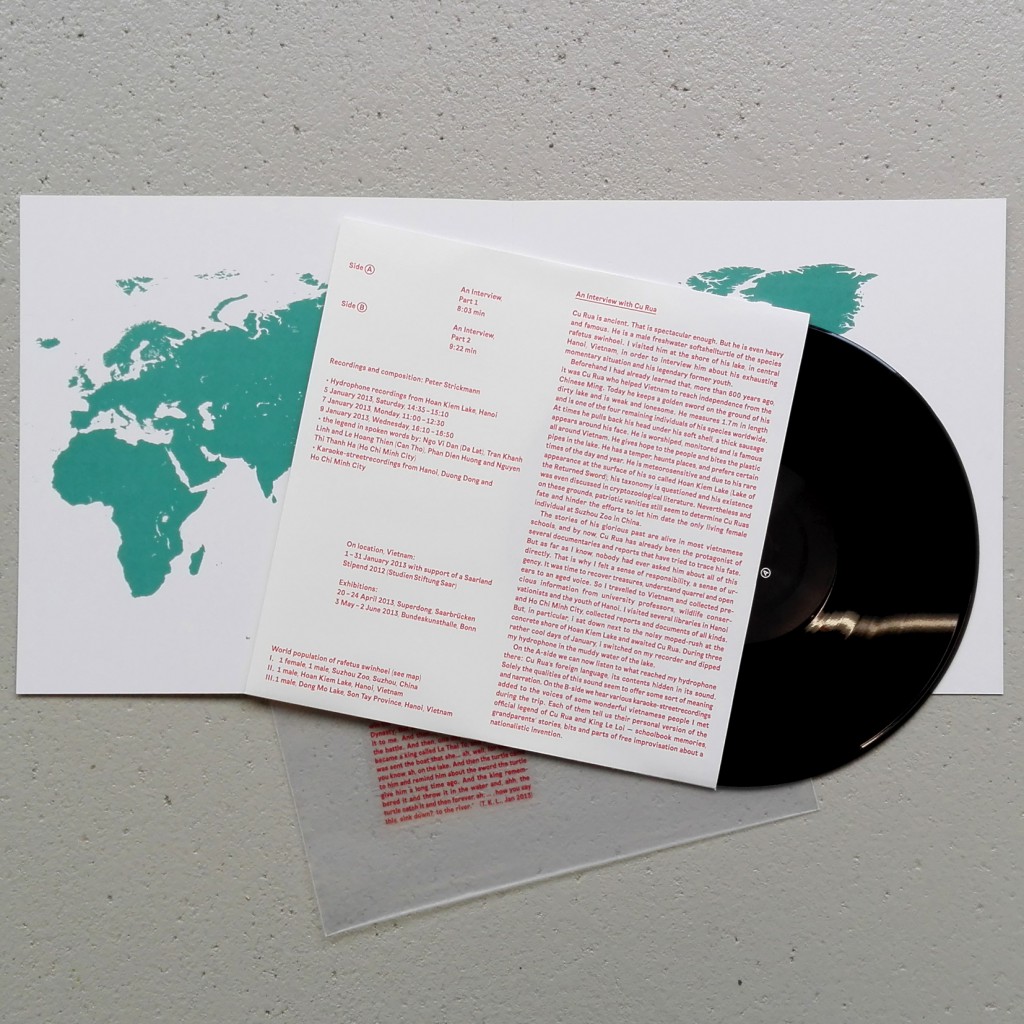 “I went to Hanoi, Vietnam in order to interview Cu Rua about his exhausting momentary situation and his legendary former youth. Cu Rua was a male freshwater softshellturtle of the species rafetus swinhoei. He was ancient and the legend around his brave past is famous all over Vietnam.
On 19 january 2016 he was found dead in his Hoan Kiem Lake in central Hanoi. For that reason, it makes even more sense to publish these underwater-recordings of Cu Rua now. In the depths of his foreign language we are listening to tellings about Cu Ruas 600 year long life: youngster fights against the Chinese Ming, taxonomy and sex in question, the coming extinction of a species, rubber tube biting and patriotic vanities in between the waves.
I sat down next to the noisy moped-rush at the concrete shore of Hoan Kiem Lake and awaited Cu Rua. During some rather cool days of January 2013, i switched on my recorder and dipped my hydrophone in the muddy water of the lake. On the A-side of the record we can now listen to what reached my mic there. On the B-side we find various karaoke-streetrecordings added to the voices of some wonderful vietnamese people I met during the trip. Each of them tell us their personal version of the official legend of Cu Rua and King Le Loi – schoolbook memories, grandparents’ stories, bits and parts of free improvisation about a dubious invention mounted on the soft shell of an aged turtle.” 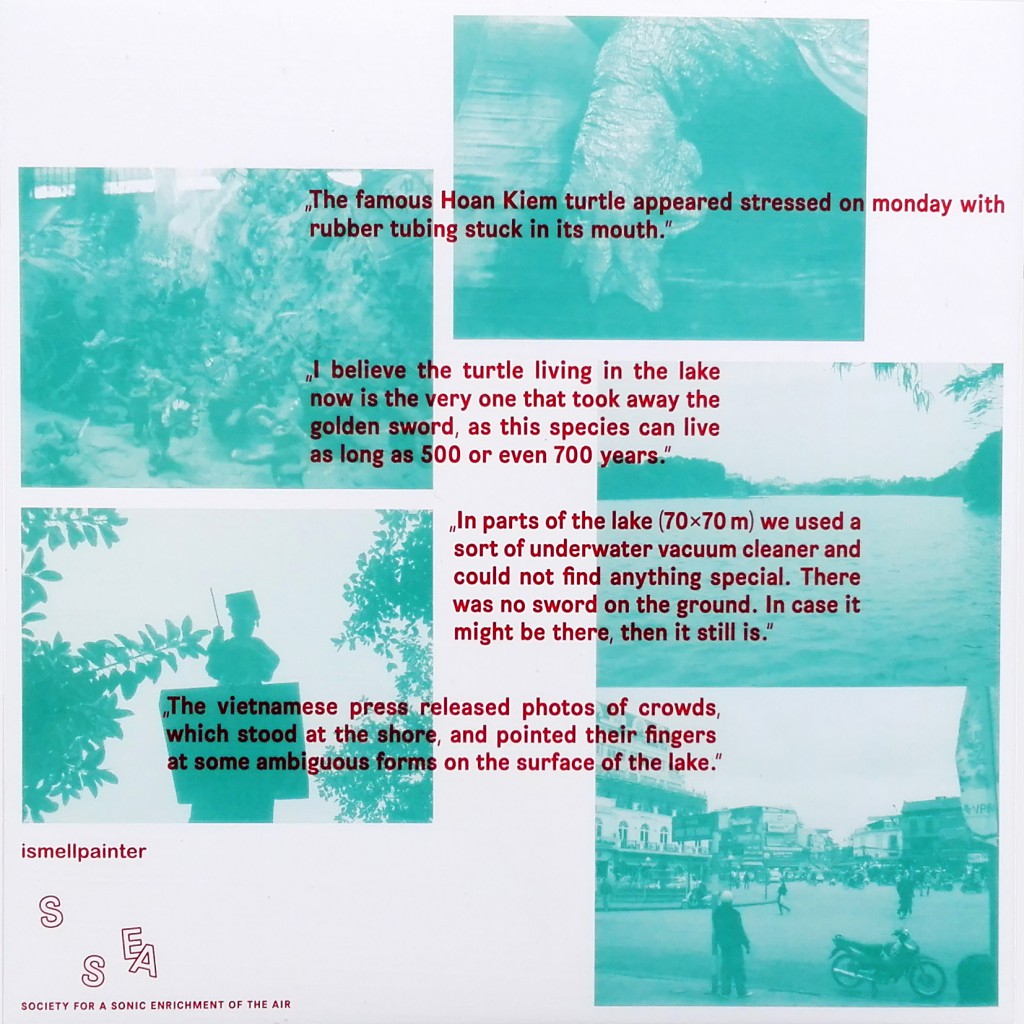